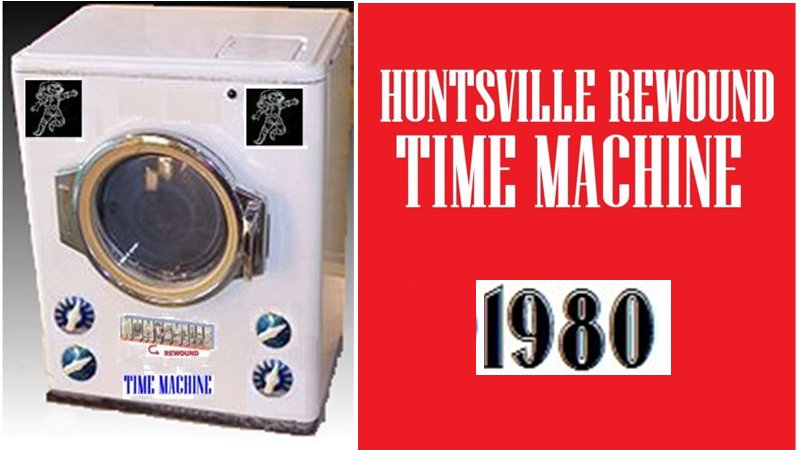 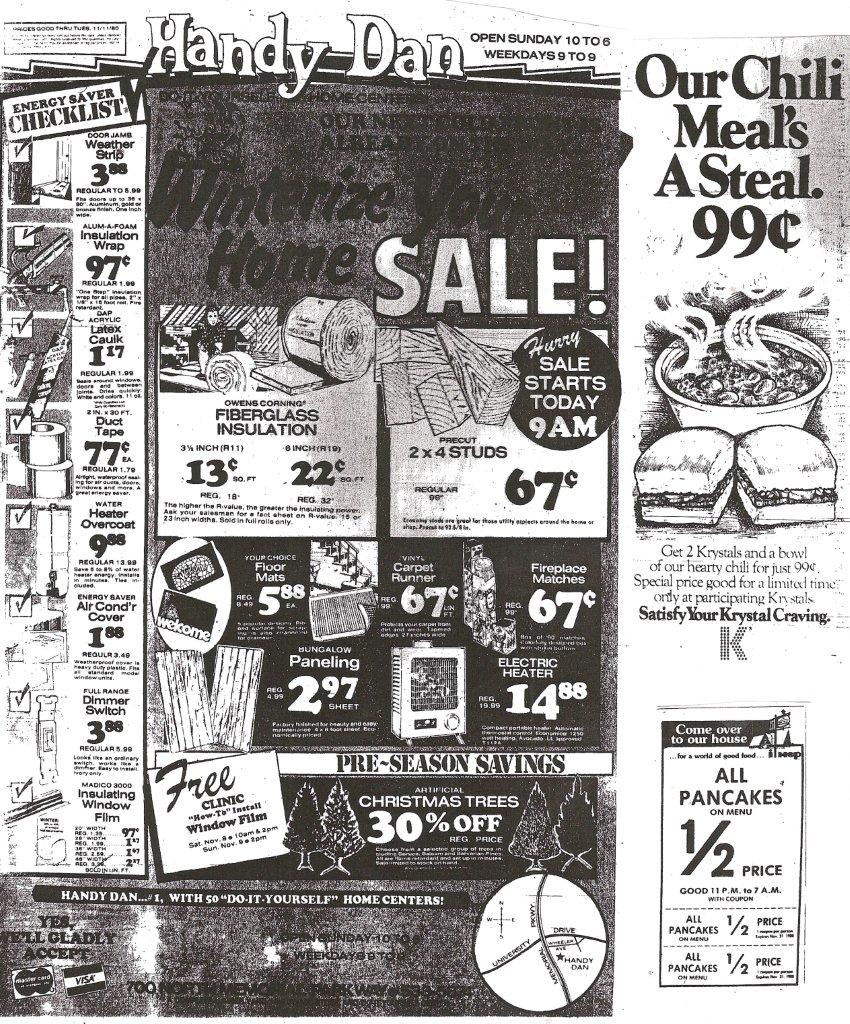 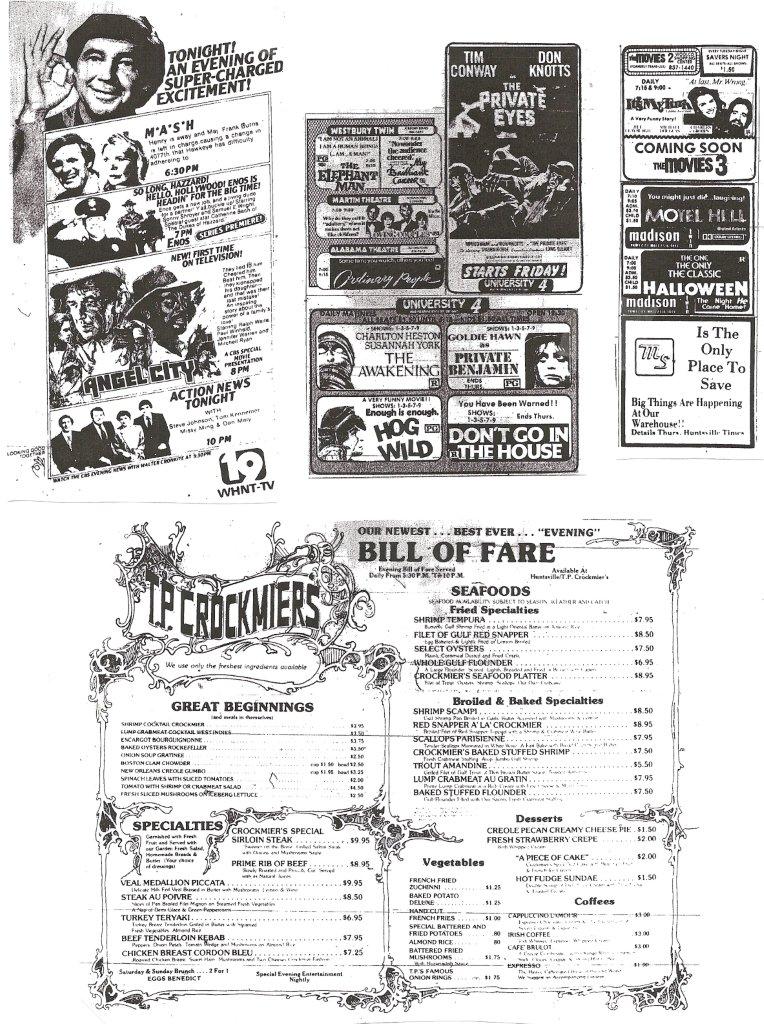 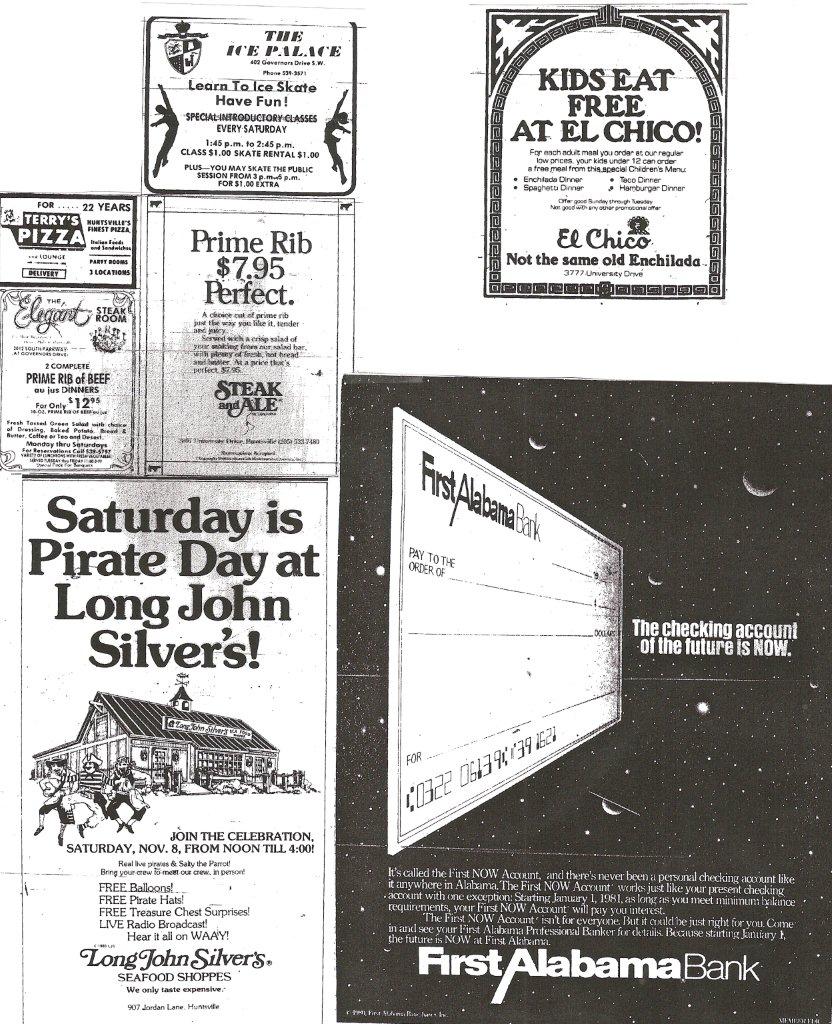 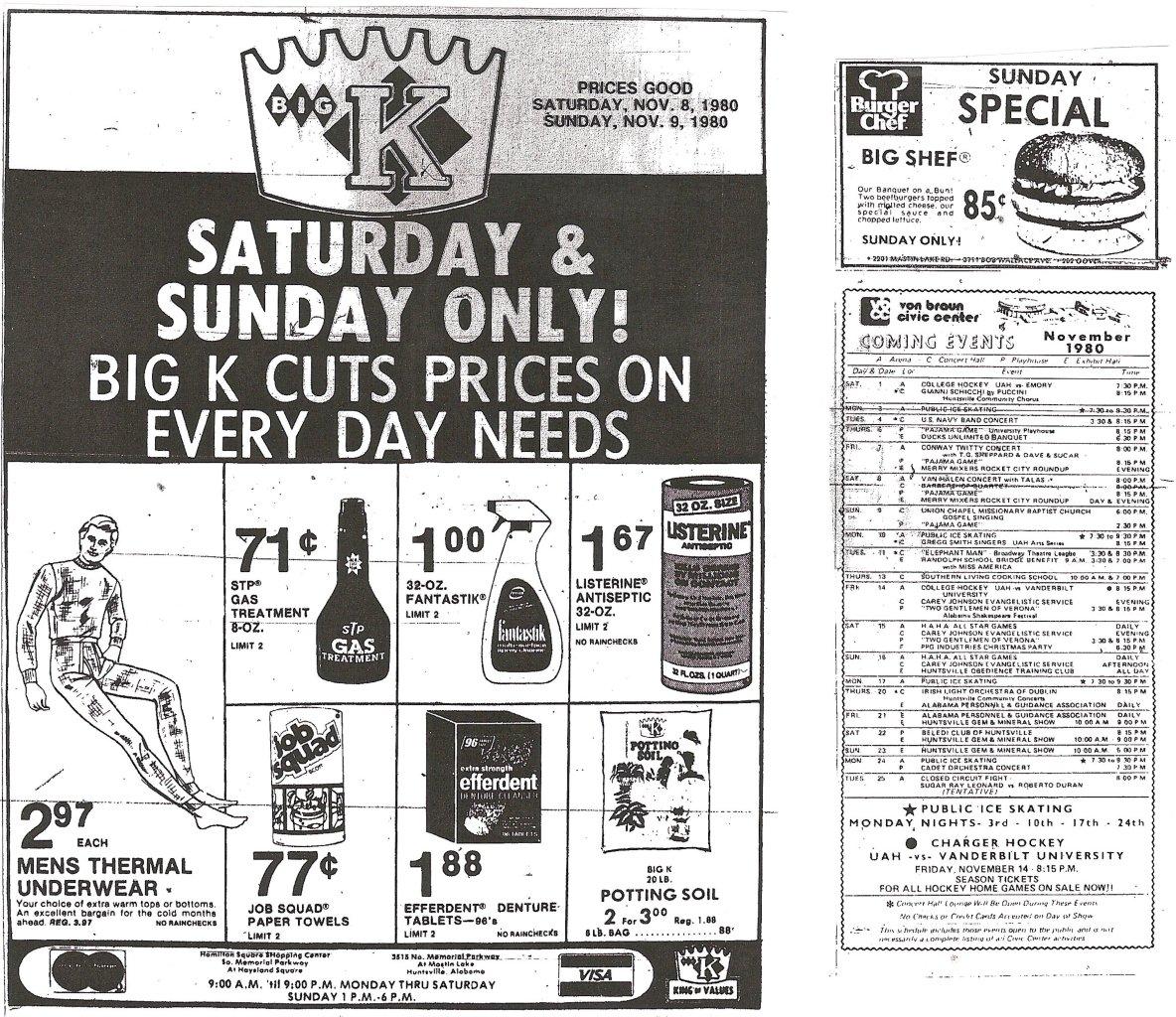 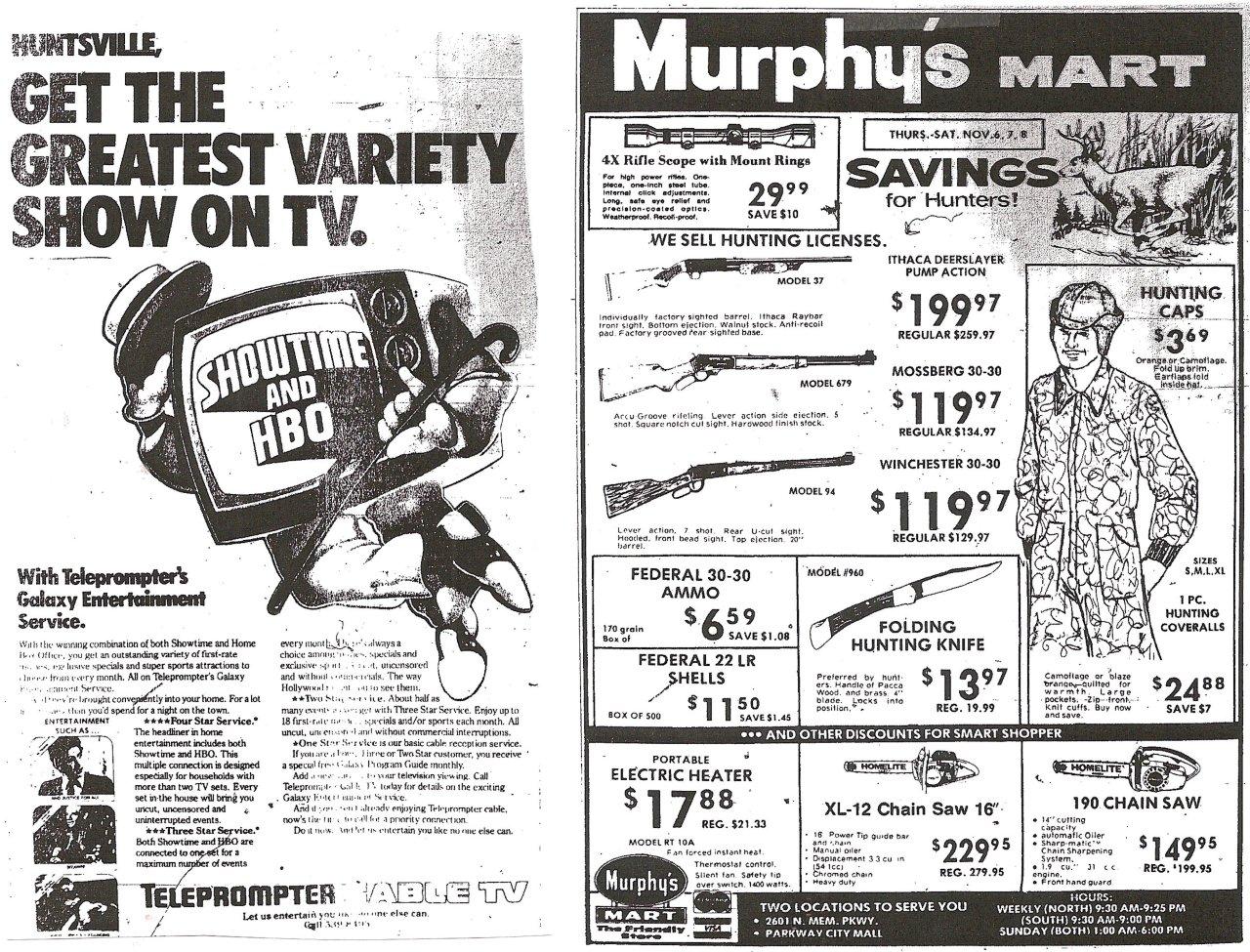 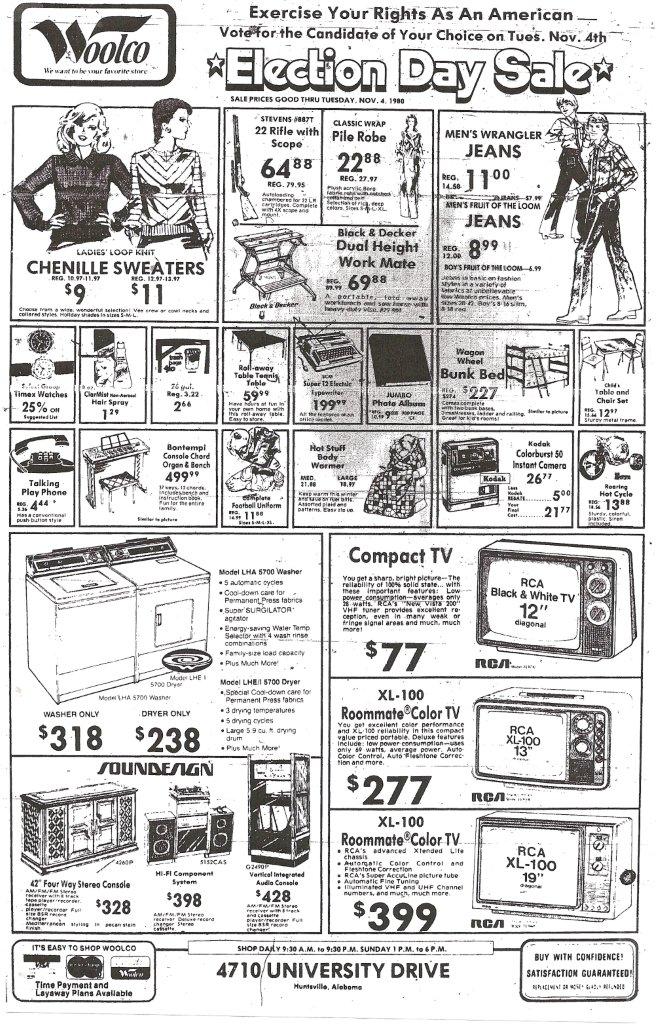 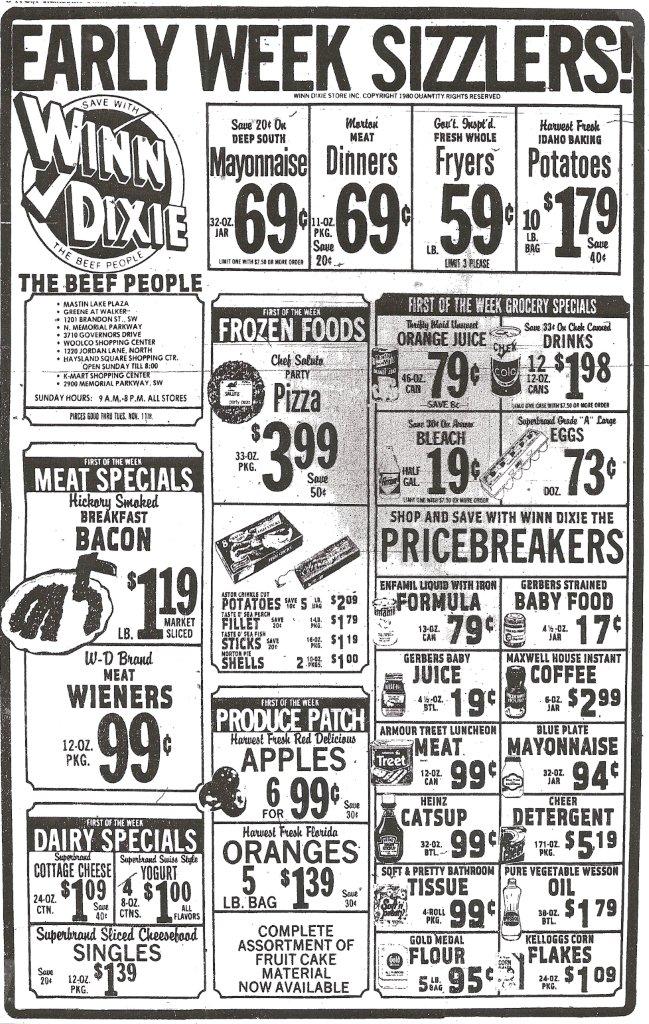 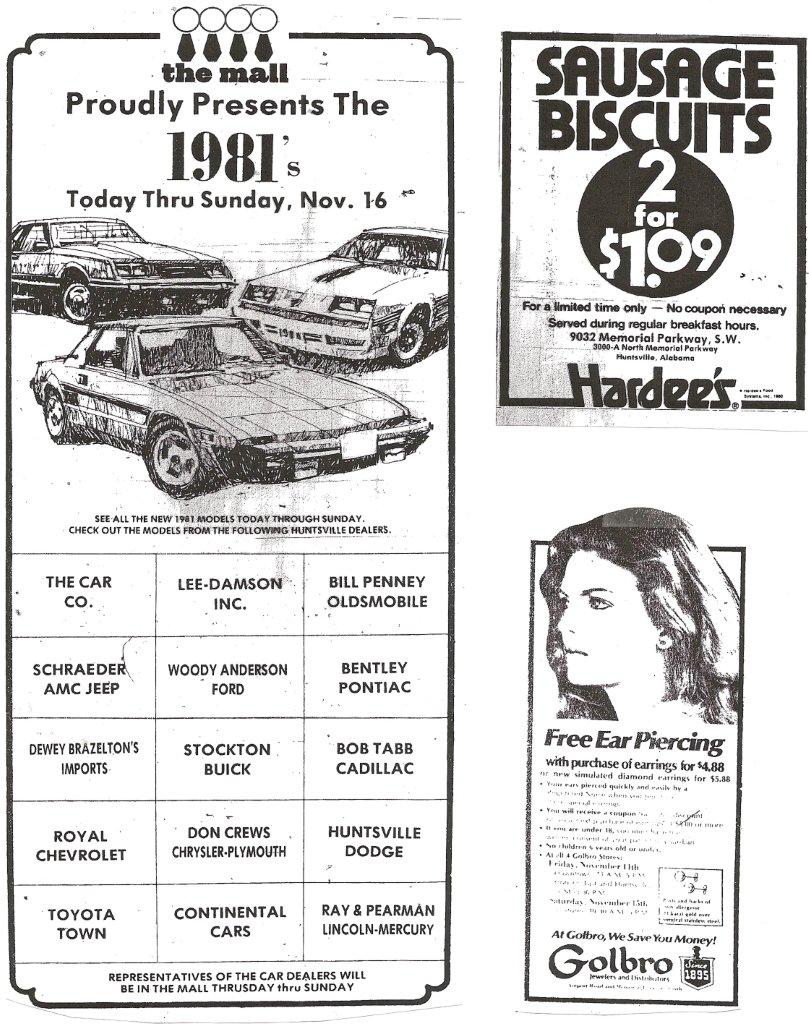 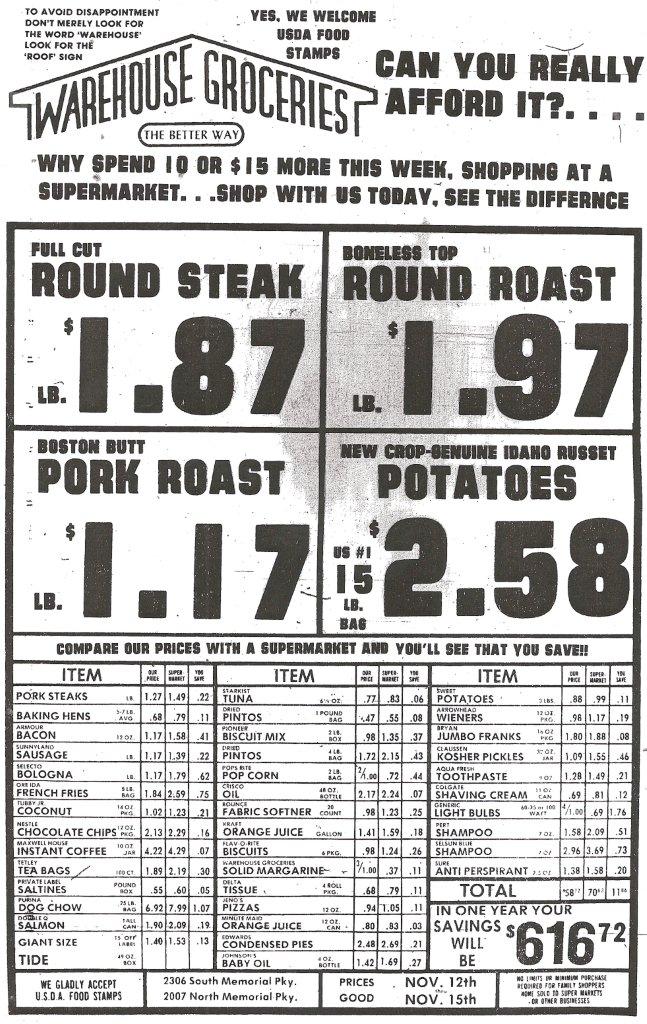 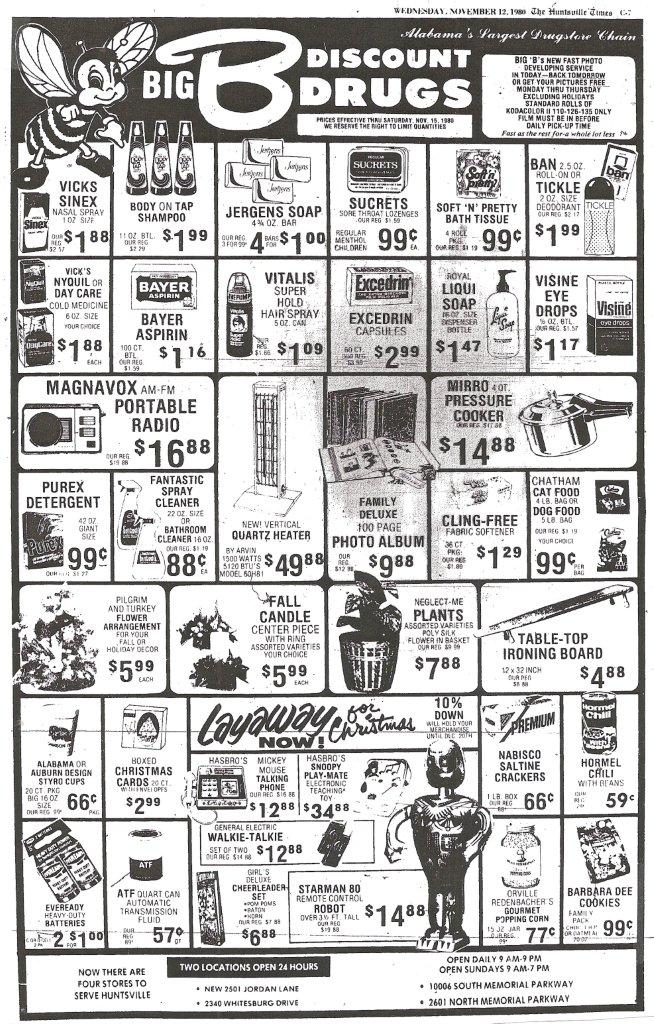 the big "B" was actually Bruno's. Bought by Revco, who was bought by CVS (some stores bypassed Revco!) 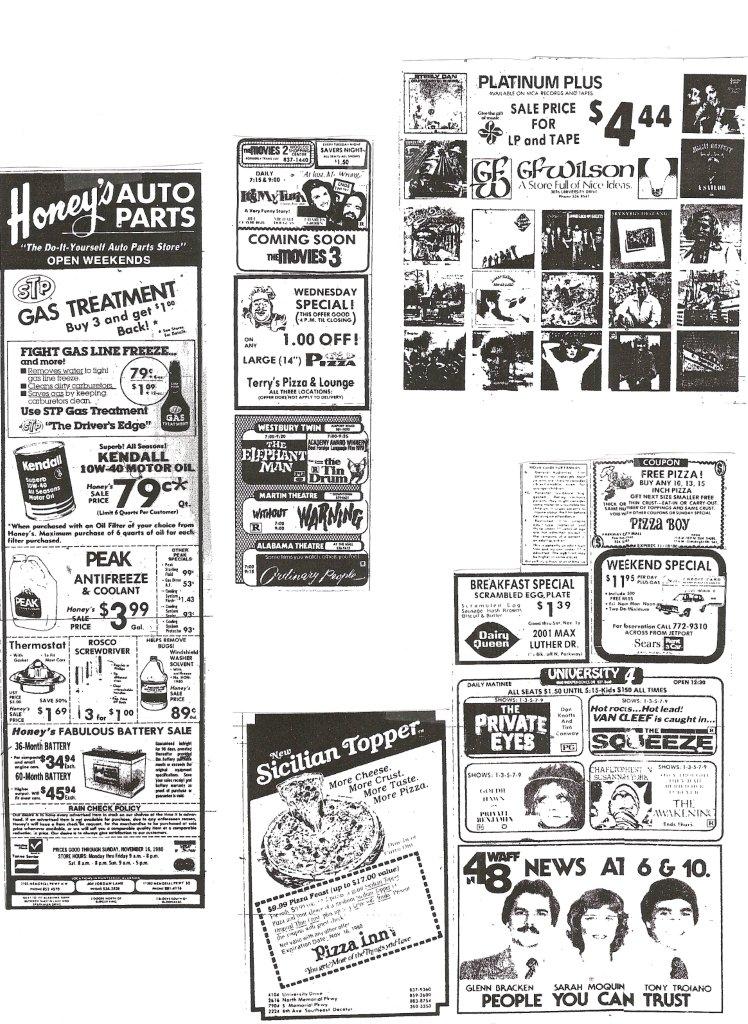 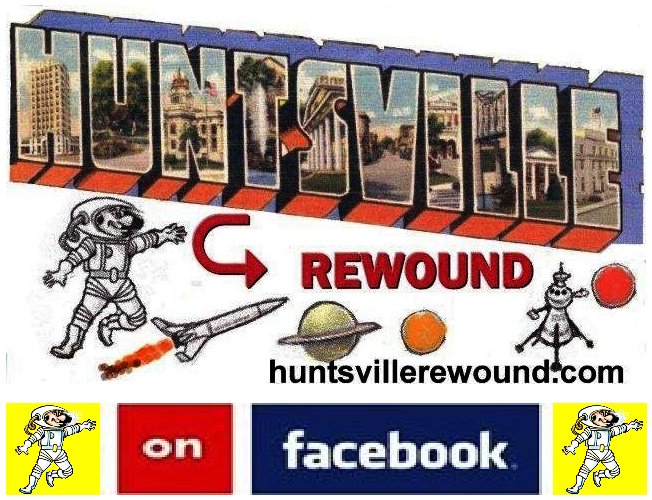 DISCLAIMER: Huntsville Rewound™ is NOT sanctioned by, nor is it produced under the auspices of any city or company.  All graphics are self-produced; photos and other memorabilia found on this page originate from the private collection of the Webmaster and local citizens, and from the high generosity of other, history-loving people (credited throughout the Website/facebook site).  All logos, past and present, are the property of their respective owners.  They're featured for historical purposes, and the Webmaster does not challenge any ownership rights. Please also get permission before posting any item from an existing website onto the facebook site. When permission is given you will probably need to link to that site in your description. Seeing picture content on a public website such as this does NOT translate to their being in the public domain. Please do NOT post any of these photos into any local retro or historical webpage or facebook page without WRITTEN authorization of the webmaster. Please contact the webmaster with any of these concerns. Huntsville Rewound™ is a trademarked entity (since 2009)  Thank You